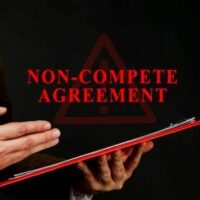 Non-compete agreements have been a source of contention for many workers. Once limited to tech workers, employers in a variety of industries are using these legal documents to restrict employees from leaving the company and working for competitors. While higher-paid workers are more likely to have a non-compete agreement, low-wage workers are not immune. Approximately 30% of businesses with an average hourly wage under $13 require noncompetes. Even fast food workers, hairdressers, retail workers, and construction workers have been subject to non-compete agreements.

These agreements have threatened workers and caused stagnant wages. They keep workers in low-paying jobs with employers they don’t like. If they do leave, they often have to relocate, as they are not allowed to work for competitors.

President Joe Biden has proposed restrictions on non-compete agreements. Businesses have traditionally supported the use of these agreements, claiming they are necessary in order to protect investments and trade secrets. Biden, however, argues that non-compete agreements  make it harder for workers to switch to better-paying jobs because they decrease wages. He believes the ban will increase job opportunities and improve the economy. If someone is offered a better job, they should be able to take it without fear of repercussions from an employer.

The executive order by President Biden will give permission to the Federal Trade Commission (FTC) to restrict and even ban non-compete agreements. It is estimated that as many as 60 million Americans have one.

The executive order will also attempt to ban unnecessary occupational licensing that affects skilled immigrants, former prisoners, and military spouses. The current licensing requirements can prohibit those in some careers, such as teachers and hair stylists, from moving out of state. Approximately 30% of jobs in the United States require a license.

The order will also make it so employers cannot share wage and benefits data with other companies in order to suppress worker incomes. It is unknown when the order will be signed.

In the past, states were left to make their own decisions about non-compete agreements. Only three states— California, Oklahoma, and North Dakota—have banned them. Many others have prohibited them with low-wage workers.

State laws don’t really have a lot of effect, though. Even in states where non-competes are banned, many companies still include them in employment contracts. That’s because many workers are unaware of their rights and state laws. They are unlikely to challenge it and will just go along with it, even though they legally do not have to sign one.

The focus should be on deterring the use of non-compete agreements, and it is believed that the FTC will ban them for most workers, particularly those who earn low wages. While a ban would benefit high-skilled workers as well, such restrictions are not as likely.

Non-compete agreements have generally favored employers, which is why banning them will help workers find jobs without having to deal with restrictions.

If you are dealing with issues from a non-compete, contact Orlando non-compete agreement lawyer B.F. Godfrey from Godfrey Legal. We can review your document and help you make the right decisions. Fill out the online form or call (407) 890-0023 to schedule a consultation.