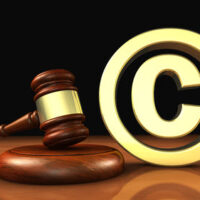 You may think you have a brilliant idea, only to find out that someone else has already thought of it. Sometimes companies purposely produce similar products and this can lead to copyright infringement.

This has negative consequences for all involved. The company with the original idea can lose out on revenue from product sales from the competing company. The company that produces the knockoff products can face legal consequences.

A Las Vegas company is battling a well-known retailer over a lure design. Huddleston Deluxe has filed a copyright infringement lawsuit against Bass Pro Shops, which has stores all over the United States, including Florida. The suit was filed in California on April 10.

Huddleston Deluxe considers itself a pioneer designer of realistic swimbait lures. These lures mirror the natural movement of bait fish. This makes them alluring to larger fish. These lures are often used competitively in tournament and trophy fishing.

Huddleston Deluxe claims that its swimbait lures are nearly identical to ones produced under the XPS brand by Bass Pro Shops. Under the lawsuit, Huddleston Deluxe is alleging that larger retailers are copying the designs created by smaller companies and mass-producing them in China and other low-cost regions. The companies sell these knockoffs for much lower prices but make a significant profit.

Huddleston Deluxe sells its lures starting at $25.73, but larger sizes retail for as much as $81.90. Bass Pro Shops, on the other hand, sells the similar designs for $5.29 or $6.49. They also come in three designs: hitch, light trout and shad. Complicating things further is that Bass Pro Shops once sold Huddleston Deluxe lures. It’s therefore very possible that the company knocked off the smaller company’s products to bring in more revenue.

This lawsuit would not be the first such legal battle that Bass Pro Shops has faced regarding copyright infringement. In January 2014, Bass Pro Shops was sued by a Japanese company called Duel Co. over copyright issues regarding similarities in lures. However, Duel Co. dropped the lawsuit later that year.