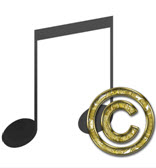 To many, Prince was an icon. He was beloved by many who enjoyed his unique R&B sound. He was mourned by many when he died in April 2016 at the age of 57. Thousands of his fans took to the streets, particularly in his hometown of Minneapolis, to sing his popular tunes. In particular, one crowd erupted into the chorus of one of Prince’s most popular hits, “Purple Rain.”

The singing was caught on video. Probably thousands of other similar events were recorded as well. But this one in particular has led to a lawsuit. Prince’s label, Universal Music, filed a copyright infringement lawsuit against a reporter for the Star Tribune. He shot the video of the singing fans and shared it on Twitter, which seems relatively harmless, but violates the Digital Millennium Copyright Act of 1998, according to Universal Music.

Under the Digital Millennium Copyright Act, those who believe that the copyright to their intellectual property is being infringed can file a takedown notice with the website hosting the content or internet service provider. If the content is removed, the violator cannot be sued. Twitter removed the video to avoid being sued.

But the story doesn’t end there. The reporter went on Twitter to express his concern. He claims that what he did did not break the law. The video he took of the singer’s fans did not constitute a violation of the  Digital Millennium Copyright Act in his eyes. He claims that it should be deemed fair use and that Twitter and Universal Music were in the wrong.

If the reporter decides to fight the case, he can claim that the video constitutes fair use. This has been the case for viral videos, which have won similar court cases in the past.

Copyright Infringement on the Internet

Copyright infringement is rampant online, especially on YouTube, where billions of users have posted videos. While many are videos they created themselves, others are videos that have already been licensed by others. This is where it becomes illegal.

In many cases, people do not even know that they are violating copyright infringement laws. Refusing to claim rights to a song or video that you upload is not enough, since you did not have the right to reproduce the work in the first place.

The U.S. Copyright Act allows the owner of the copyright to do several things, such as reproduce the original work, distribute the copies, create derivatives, and perform or display the work publicly.

It can be hard to protect your property from copyright infringement. It can also be difficult to avoid being charged with this crime. What is considered fair use and what is protected by copyright laws? There is sometimes a fine line between these two.

If you have a business, protecting your assets is of the utmost importance. Orlando trademark and copyright lawyer B.F. Godfrey from Godfrey Legal can answer any questions you may have about trademarks and copyrights. Schedule a consultation today by calling (407) 890-0023 or filling out the online form.