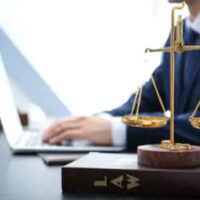 There’s a lot of competition among industries nowadays. Technology, financial and healthcare fields see it the most. These employers hire employees and often force them to sign confidentiality agreements.

These documents are given to employees to sign when they are given confidential and proprietary information that is to be used with that company only. Employees are prohibited from sharing this data, procedures and other information with other companies, especially competitors. If they do, they can face penalties. They can lose their job and be fined.

However, not every confidentiality agreement is viable. They need to be specific in nature and some companies make them too vague and broad. They want this agreement to encompass every bit of knowledge an employee has in the industry and this is just not realistic.

A securities trading company in California realized this when the court ruled that its confidentiality agreement was void. In the case of Brown v. TGS Management Co., LLC, it was deemed unlawful, since it prevented the employee from working in the industry.

The court case centered on a lawsuit from a former employee for TGS Management Co. who claimed he never received he was to be paid by the company. TGS filed a counterclaim, stating that the man violated his confidentiality agreement. The company stated that no further payments were owed and that man should actually be ordered to pay back some of the compensation he already received. In arbitration, TGS won, but the man appealed the decision.

The definition included virtually all subject matters related to securities trading, with just two exceptions. The first was for information “generally known in the securities industry through legal means.”  The Court of Appeal ruled that this exception was meaningless, since this information is not generally known and would not have value in his profession.

While employers are worried about protecting proprietary information, some go too far. It’s normal to be concerned about trade secrets being shared with competitors. However, their concern can lead to obsession, forcing employees to sign vague and broad agreements that can prevent them from furthering their career.