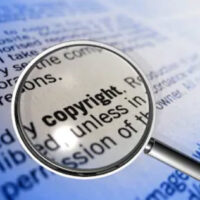 Many companies, especially tech companies, are concerned about copyright infringement.  After all, each company seems to use their own proprietary technology to create computers, smartphones and other electronic devices. When another company steals this information, it can lead to damages such as profit loss.

However, not all copyright infringement cases are valid. The United States District Court for Southern District of Florida recently dismissed a claim filed by Apple. The tech giant had sued Corellium, LLC, a startup company, for using is popular iOS operating system.

Apple argued that the Corellium modifies the iOS and makes it available virtually instead of through a physical device. The court maintained its decision and determined that Corellium’s product variation was fair use and not a case of copyright infringement. The court did, however, state that Apple can pursue the case it had filed against Corellium in August 2019. In that lawsuit, Apple alleged that Corellium bypassed Apple’s iOS security measures.

This was not the first time that Apple had not gotten its way in court. The tech giant had sued Epic last month for theft. Epic, a game maker known the creating the popular game Fortnite, had launched an alternative payment option for in-app purchases in the game to avoid paying a 30% fee to Apple. The lawsuit was dismissed in court.

What is Fair Use?

There are some cases in which copyrighted works and materials can be used without permission or license. This is called fair use and it provides for freedom of expression in certain situations.

Section 107 of the Copyright Act allows for fair use for various reasons, including comment, criticism, news reporting, research, teaching and scholarship. When a copyright infringement case goes to court, there are certain factors that courts will look at to determine if the use was in fact fair use:

Many large companies think they can always prevail against smaller startups in court, but that is not always the case. There is the doctrine of fair use, which allows use of some copyrighted material.

If your original work has been used by others, you need to work quickly to stop this unauthorized use. Orlando trademark & copyright lawyer B.F. Godfrey from Godfrey Legal can help you work through copyright issues. Schedule a consultation today by calling (407) 890-0023 or filling out the online form.