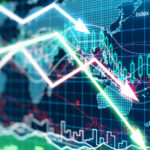 It used to be that everyone wanted to start their own business so they could be their own boss. However, once the Great Recession hit in late 2007, people have been backing off. In fact, in the United States, the creation of new businesses has almost reached a 40-year low. Since the late 1970s,… Read More »