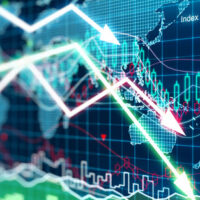 It used to be that everyone wanted to start their own business so they could be their own boss. However, once the Great Recession hit in late 2007, people have been backing off. In fact, in the United States, the creation of new businesses has almost reached a 40-year low.

Reasons for the Decline in Start-Ups

The recession was a big let-down for would-be entrepreneurs. Those who once had the guts to try something new were deterred by the slowdown in the economy. Starting a business is risky enough, but to do so in a slumping economy can be a recipe for disaster.

Things haven’t recovered since then. Even though the stock market has gone up and the unemployment rate has gone down—signs of a thriving economy—start-up creation still remains sluggish.

It’s still hard for entrepreneurs to get money to fund their ideas, and that’s a big factor. Businesses take a lot of money to get started, and banks aren’t lending as much money as they used to. Qualifying for a personal loan can be challenging. Many companies turn to crowdfunding and get money from individuals and investors.

Another concern is the big corporations. It’s hard for small companies to stay in business and become profitable when huge companies swallow the competition. They have the resources to compete and win. It’s called market power and it’s a serious threat to entrepreneurs. Small businesses know they cannot compete with Walmart, Amazon and other retailers.

Why Start-Ups are Important

Even though big businesses have the upper hand in the marketplace, start-ups are important to the economy. Start-ups tend to do most of the hiring in the United States. That’s because they are known to grow rather quickly. Many immigrants and those with limited education have been able to get their foot into the door at a start-up and propel themselves into middle class.

Start-ups also make the economy more productive. Big box retailers don’t create new products; they simply sell them. Start-ups, however, do bring new products and ideas to the market. They make the economy more complete by bringing creativity and innovation. This gives big businesses a bit of competition. These young companies tend to be more consistent in job growth, whereas larger companies tend to have budget cuts and layoffs.

A new business can be an exciting prospect for a budding entrepreneur. However, starting a new company from scratch is no easy endeavor. There are permits, regulations, money and other obstacles in the way. Plus, there is a lot of competition from much larger companies and this can be a huge deterrent.