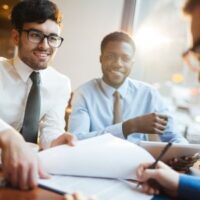 Unfortunately, discrimination can be found in pretty much every area of life. From areas such as employment to housing to relationships, businesses and individuals tend to discriminate against people based on factors such as their age, gender, race and disability. This also happens when business owners try to procure small business contracts.

The government uses various businesses to serve as contractors. These small businesses are invited to apply for government contracts. When they win the contract, they often receive a significant amount of income.

However, small business owners often have a hard time procuring contracts, especially when the business owners are minorities. Even though the money spent on small business contracts is always increasing, women and non-white business owners continue to face obstacles. While the government has put affirmative action programs in place, their scope has narrowed over the years. Affirmative action has been around since the John F. Kennedy administration and it is considered controversial. Plus, it is unknown how well these programs actually work.

While there is no hard data available, it is highly likely that minority-owned businesses have received only a small number of those contracts. The reasons for this include direct discrimination and barriers such as access to financing.

In fiscal year 2019, $586 billion was spent on contracts. Of that amount, $225.8 billion went to small businesses. However, very little of this money went to minority businesses. An example of this is the Department of Defense. This department spent close to $27 billion on businesses from disadvantaged communities. This is a small sum compared to the $75 billion spent on small businesses in general.

Trends show that minority-owned businesses receive a share of government contracts that’s smaller than the proportion of the population they represent. Also, these businesses tend to have fewer employees. All minority populations except Asian Americans have seen this trend.

Even in the state and local governments, which are much smaller, statistics show that black and Latino business owners win a very small amount of the contracts. Studies show that there have been disparities for businesses owned by Latinos, blacks, Asians, Native Americans and women. These disparities were found across industries such as goods, construction, goods and professional services. The only exception was construction subcontracting, which showed just a small disparity. Another concerning statistic is that minority-owned firms received only 57 cents out of every dollar in government contracts they expected.

Congress heavily regulates federal contracting. Congress has taken steps to make the programs fair. It created the Women-Owned Small Business and Small Disadvantaged Business programs, which led to more contracting money for minority-owned businesses, but not for women-owned businesses. It is believed that gender bias may play a role in this.

Business contracts consist of a lot of elements. Make sure you include all the necessary details in your contracts.

Orlando business contract lawyer B.F. Godfrey from Godfrey Legal has the experience to guide you through your business operations. Schedule a consultation by filling out the online form or calling (407) 890-0023.