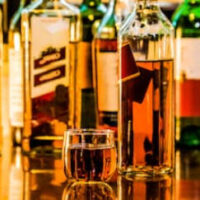 The brawl involved 40 people and started inside the bar. It then escalated and spilled out into the street. Many of those involved in the fight are associated with local gangs. Dixie Roadhouse’s staff were blamed for allowing many patrons to drink too much alcohol. In addition, they should not have allowed gang members inside the bar. The bar has the legal right to appeal the decision by calling for an emergency meeting.

This was not the first incident at Dixie Roadhouse. In September alone, there were six incidents caused by drunk patrons. One person was passed out in a car. Another was drunk in a nearby parking lot. These incidents led to two DUI accidents.

How to Lose a Liquor License

There are many ways in which a bar or restaurant can lose a liquor license. They include the following:

Getting a liquor license in Florida is a challenge in itself. The state limits the number of licenses available, so once you obtain one, it’s important to do what you can to hold onto it. Violations can lead to liquor license loss.

If you are considering a liquor license or already have one and need to know how to protect it, Orlando liquor license lawyer B.F. Godfrey from Godfrey Legal can help. He has a wealth of business knowledge and experience to share with his clients. To schedule a consultation, call (407) 890-0023 or fill out the online form.