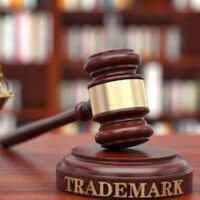 Trademark and copyright infringement are issues that many businesses face. Even if they sell a product that is obviously different from a competitor, they can be sued over their marketing strategies. Using packaging that is similar to that of a competitor can be grounds for a lawsuit.

Entrepreneurs want to protect their products and ideas and this can be challenging when another company mimics them in some way, causing confusion to consumers. This is currently an issue between two brewing companies. One brewer from Florida is suing another who is starting to sell beer in Florida with a similar packaging design.

The packaging for the Beach Blonde Ale sold by 3 Daughters Brewing feature a woman’s white sunglasses at the bottom, with blonde hair flowing upward. The company has a trademark on the yellow and teal packaging.

When Saugatuck Brewing sold its Oval Beach Blonde Ale in Michigan, the packaging was different. It featured a woman in a yellow bathing suit in a canoe. But once the company expanded to Florida, its packaging changed and became similar to that of 3 Daughters Brewing claims. Saugatuck Brewing changed its packaging to match the colors—yellow and teal— and also featured a blonde-haired woman wearing sunglasses.

Saugatuck Brewing has no comment, but the marketing department claims that they often change packaging designs for their beers based on the market.. Their attorneys are reviewing the lawsuit.

When a company steals ideas from another company, it can cause harm to the original company. They could lose out on profits and even be forced to shut down due to their financial losses.

Protecting a company from trademark and copyright infringement is not an easy task. There are always companies looking to knock off popular products for a reduce prices in order to increase sales. Get the legal assistance you need to help your business succeed with help from Orlando trademark & copyright lawyer B.F. Godfrey from Godfrey Legal. He has decades of experience and can give you valuable advice to protect your hard work. To schedule a consultation, fill out the online form or call (407) 890-0023.