Florida Court Decides Who Can Use Commodores Name 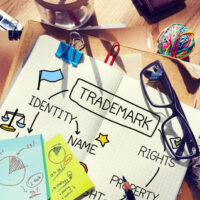 Being a member of a popular band is not all fun and games. When a band becomes popular disagreements tend to arise. Some members leave the band and then try to make money from the band’s success. This was the case for members of the 1970s funk band the Commodores.

Several members of the Commodores, led by superstar Lionel Richie, have been fighting over trademark rights. On January 9, a Florida appellate court ruled that exclusive rights to the Commodores name belong to Commodores Entertainment Corporation, a company run by two of the Commodores’ founding members, William King and Walter Orange.

The trademark infringement battle began in 2014 after a former bandmate, Thomas McClary, was discovered using variation of the Commodores’ name while performing. Commodores Entertainment Corporation sued McClary, who left the band in 1984, claiming infringement of the band’s name.

In 2016, a Florida federal court granted judgment in favor of Commodores Entertainment Corporation. The court also entered a permanent injunction against McClary. He can now only use the Commodores name in instances of fair use. For example, he can use “Thomas McClary, founder of the Commodores” when marketing his performances, but cannot refer to a performance solely as “The Commodores.”

McClary, who was the band’s guitarist, appealed the decision. He also asked to dismiss the court case, claiming that another founding member of the Commodores, Ronald LaPread, was not included in the case. Both requests were denied, with an 11th Circuit panel agreeing with the trial court.

The U.S. Circuit Judge contends that when McClary left the band, he gave up his rights to the trademarks. This is under a 1978 partnership by the band’s six original members. They agreed that if any of them quit or died, the majority of the partners remaining band members retained the right to use the Commodores name.

A person who infringes upon another’s trademark or copyright may face the following penalties:

People will often take advantage of other people’s intellectual property without permission. When someone profits off of someone else’s work, it benefits the person who copies the work while causing the original creator to suffer financial losses.

Orlando trademark and copyright lawyer B.F. Godfrey from Godfrey Legal can help you protect your property. He has more than 30 years of experience in this area and can give you advice in this area. Contact Godfrey Legal at (407) 890-0023 for a consultation.