What Employees Should Know About Non-Compete Agreements 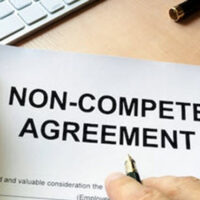 There are literally millions of jobs available right now. This is putting companies in a bind, since this means there is fierce competition for jobs. It’s a worker’s market right now. If they’re not happy with working conditions, they will quit and find other employment.

This is putting employers in a bind. Many are losing workers left and right, only to have them take on jobs with competitors. Because of this, many companies are mandating that employees sign non-compete agreements. These agreements limit where an employee can work and are valid for a certain period of time. A non-compete agreement primarily protects a business’ interests, as it prohibits employees from sharing their current employer’s trade secrets with a competitor.

Some states are banning these agreements. The District of Columbia and three states do not enforce non-competes. Six other states prohibit them for low-wage workers. With remote work all the wage, companies are taking advantage of this by forcing employees to sign non-compete agreements. This is because most workers will go along with it, since they don’t know their legal rights. Some employees are afraid to speak up in fear that they will lose their job.

Even in a state where non-compete agreements are not banned, there are several instances in which an agreement can be deemed unenforceable:

Here’s what you should know about non-compete agreements as an employee.

Don’t sign an agreement unless you are fully aware of what it means and how it affects you. Consult with an employment law attorney so you can prevent getting exploited. Make sure you understand the scope of the agreement and what will happen if you breach it.

As an employee, if you sign a non-compete agreement, you will likely have to give up something. You may be forced to stay with the company for a year or longer, which could be a long time when you’re in a toxic environment and want to leave. Make sure you know what your restrictions are before you sign your life away.

Many non-competes are particularly one-sided and even abusive. In many cases, they are used in low-wage environments such as fast food restaurants. Don’t take them lightly. If you don’t obey a non-compete agreement, you could be sued and forced to pay hefty fines. So make sure you know what you’re getting into ahead of time and the consequences you could face.

Non-compete agreements are often enforced by the courts, so you need to be careful. Don’t take these legal documents lightly.

If you have concerns, seek legal help from Orlando non-compete agreement lawyer B.F. Godfrey from Godfrey Legal, We can help you protect your interests. To schedule a consultation, fill out the online form or call (407) 890-0023.